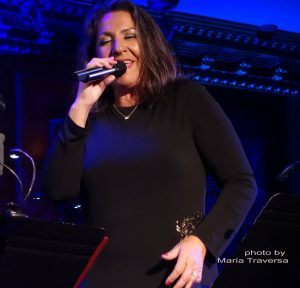 Brazilian Music Foundation has launched its first Brazilian Jazz Concert Series on September 10, 2016 at Feinstein’s/54 Below, Broadway’s Supper Club, located in the heart of the Theatre District with a fantastic showcase by Kenia, (Brazilian Vocalist) singing songs from her new CD Release ” On We Go”. It was an unforgettable nightlife experience.
The Concert Series aims to offer great entertainment throughout the year thus creating new opportunities for the advancement of Brazilian Music in America and for emerging and established artists to promote their work.

I would to thank you all for coming to show and support Brazilian Music Foundation activities.

This is what people are saying about Kenia’s Showcase!

Kenia put on a fantastic CD-release concert at 54 Below. She was in her top form, very relaxed, her strong low register voice perfectly suported by the superb musicians in her excellent band (Paul Socolow on bass, Mark Soskin on piano, Adriano Santos on drums, Eric Susoev on guitar and Lucas Ashby on percussion). At one point she also invited great harmonica player Hendrik Meurkens to to play a couple of songs with her.

The repertoire included beautiful tunes by Ivan Lins (with Kenia’s lyrics), Antonio Adolfo, Eric Susoeff  (“On We Go”, the title of the CD) and Romero Lubambo. I was very honored and happy that it also included two of my own songs, which she also recorded on this new CD: “Pra Quê Que Inventaram a Bahia” and “Zureta”. I was so impressed with the way she interpreted them, specially “Zureta”, a song that’s very difficult and tricky to sing, full of breaks and odd beats. Kenia did it all with no problems, infused with that happy Brazilian spirit of one who can deal with anything.

The audience was completely mesmerized by her show. On you go, Kenia!!!

Nothing like the real Rio .”On We Go” is the new album by Kenia.

I was one of the many people who followed Kenia from the crossroads of Blume Street to  West Broadway into a magical place called Amazonas. Soho in the 80’s was just absolutely marvelous. After all these years and more than 8 CDs I went to see Kenia live at Feinstein’s/54 Below, it just blew my mind. Her voice was better than ever, and her original band is the new beat of New York/Rio . Kenia was again, absolutely marvelous!

I had the great pleasure of seeing the great Brazilian jazz singer Kenia, this weekend. I am a fan and have five of her albums. Her singing was astounding and her band was simply fabulous. The solos from her pianist, Mark Soskin and her guitarist were on point and to see the great harmonica player Hendrik Meurkens was an added pleasure. This was a truly enjoyable show. I love Kenia. I recommend seeing her whenever she has a show.

Kenia put on a great show Saturday at Feinstein’s/54 Below in Manhattan. She has a beautiful voice, and an engaging stage presence. I’m only sorry it took me this long to discover her!