Vocalist, pianist, percussionist, composer and arranger Susan Pereira has been one of the most versatile musicians on several of New York’s musical scenes since 1982. Combining her jazz training with intensive immersion in traditional Brazilian music and culture has enabled her to develop a distinct musical personality. Fluent in Portuguese, she is a singer who blends a silky, rich tone with superior vocal technique and is a particularly skilled lyric interpreter and scat singer.She leads the acclaimed Brazilian jazz group Sabor Brasil, which has appeared at a variety of notable venues and festivals in New York City and throughout the U.S., including Lincoln Center, Dizzy’s Club Coca-Cola, the Rochester International Jazz Festival, the Jazz in June Festival (Lincoln, Nebraska) and the Savannah Jazz Festival, among many others.

Her career as teacher

Susan teaches piano and voice privately in New York City. She studies voice with Jeannette Lovetri, and has also studied with John Mace, Jeannie Goffi, Ann Ruckert and Charles Walker. She is a cum laude graduate of Wesleyan University, where she earned a B.A. in Music and English with High Honors in Music. Susan received her certification as a teacher of Somatic Voicework™The LoVetri Method from the CCM Vocal Pedagogy Institute at Shenandoah Conservatory. Somatic Voicework™ The LoVetri Method is a body-based method of vocal training that draws from many disciplines, and is unique in that all of the vocal exercises are focused on function. Somatic Voicework™ The LoVetri Method is meant to unselfconsciously draw the mind of the singer into the physical process of making sound, allowing the voice and body to be partners with the mind and enabling the instrument to handle a variety of tasks with greater ease and less effort. 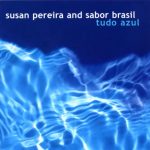