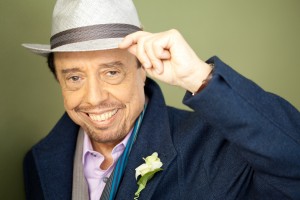 Sérgio Santos Mendes, is a Grammy Award-winning Brazilian musician. He has released over thirty-five albums, and plays bossa nova heavily crossed with jazz and funk.
Mendes is married to Gracinha Leporace who regularly performs vocals for her husband and can also be heard on his 2006 version of the song Mas Que Nada with the Black Eyed Peas.
Early career
The child of a physician in Niterói, Brazil, Mendes attended the local conservatory with hopes of becoming a classical pianist. As his interest in jazz grew, he started playing in nightclubs in the late-1950s just as bossa nova, a jazz-inflected derivative of samba, was taking off. Mendes played with Antônio Carlos Jobim (whom he regarded as a mentor) and many U.S. jazz musicians who toured Brazil.
Mendes formed the Sexteto Bossa Rio and recorded Dance Moderno in 196. Touring Europe and the United States, Mendes recorded albums with Cannonball Adderley and Herbie Mann and played Carnegie Hall. Mendes moved to the U.S. in 1964 and cut two albums under the name Sergio Mendes and Brasil ’65 with Capitol Records and Atlantic Records.
Brasil ’66
When sales were tepid, he replaced his Brazilian born vocalist Wanda de Sa with the distinctive voice of Chicago native Lani Hall (who learned Mendes’ Portuguese material phonetically), switched to Herb Alpert’s A&M label, and released Herb Alpert Presents Sergio Mendes and Brasil ’66, an album that went platinum based largely on the success of the single “Mas Que Nada” (a Jorge Ben cover) and the personal support of Alpert, with whom Mendes toured regularly.
The original lineup of Sérgio Mendes & Brasil ’66 was Mendes (piano), vocalists Lani Hall and Janis Hansen, Bob Matthews (bass), Jose Soares (percussion), and Joao Palma (drums). John Pisano guested as guitarist. This lineup recorded three albums between 1966-1968 (including the best-selling Look Around LP), before there was a major personnel change for their fourth album Fool on the Hill.
read more…

Mendes’ career in the U.S. stalled in the mid-1970s, but he remained very popular in South America and Japan. His two albums with Bell Records in 1973 and 1974, followed by several for Elektra from 1975 on, found Mendes continuing to mine the best in American pop music and post-bossa writers of his native Brazil, while forging new directions in soul with collaborators like Stevie Wonder, who wrote Mendes’ R&B-inflected minor hit, “The Real Thing”.
In 1983, he rejoined Alpert’s A&M records and enjoyed huge success with a self-titled album and several follow-up albums, all of which received considerable adult contemporary airplay with charting singles. “Never Gonna Let You Go”, featuring vocals by Joe Pizzulo and Leza Miller, equalled the success of his 1968 single “The Look of Love” by reaching #4 on the Billboard Hot 100 chart; it also spent four weeks atop the Billboard adult contemporary chart. In 1984, Mendes worked with singer Lani Hall again.

In celebration for this birthday,  BMF would like to post a music that has been
played since 1966. “Mais que nada”